Alzheimer's Disease (AD) is the most common fatal neurodegenerative disorder, affecting an estimated 34 million people worldwide by the year 2025. There is currently no known cure for this devastating disease. The U S Food and Drug Administration (FDA) has approved 5 medications for the symptomatic treatment of AD and on average they are effective for 6-12 months in about half the individuals who take them. 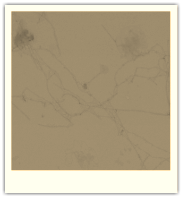 Research over the last one and a half decades, focused on the pathobiology of AD support the hypothesis which includes the following: It is important to note that the accumulation of peptides in various forms relate to both glial and neuronal dysfunction. However, only when such plaque-like lesions form are there enough cytotoxic AB species to initiate progressive cellular changes. 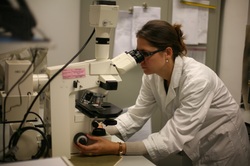 The normal prion protein isoform (PrPc) is a naturally occurring cellular protein expressed in all tissue of the human body with highest levels expressed in the central nervous system (CNS). Functions include:
An abnormal isoform PrPsc is capable of inducing prion diseases such as Transmissible Spongiform Encephalopathies (TSEs). After initial infection and prion replication, prions migrate from the peripheral regions of the host to the CNS, culminating in a fatal neurodegenerative process.
More commonly, the peripheral entry point for PrPsc is the gastro-intestinal tract (GIT). Haematopoietic cells, lymphoid cells and secondary lymphoid organs play a critical role to facilitate initial site of replication and transport to the CNS via sympathetic (Splanchic) or parasympathetic (Vagus) fibres of the enteric nervous system (ENS).
Involved in this process are exosomes, small membranous vesicles secreted by a number of cells including neurons. Ultimately they play an important role in cell to cell spread, removal of unwanted protein and transfer of pathogens between cells.

The presence of beta amyloid in the gastro-intestinal tract with the possibility of spread to the CNS using 'prion-like' mechanisms via peripheral nerves or the blood constitute an interesting hypothesis. As well as the gastro-intestinal tract having the capacity to be a pathological marker for neurodegeneration , the enteric nervous system may be an invaluable site for studying the pathophysiology of neurodegeneration in both aging and AD.